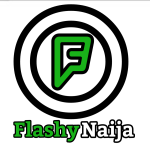 Nigerian music super star “Azeez Adeshina Fashola”‏, popularly known by his stage name “Naira Marley”who is the president of the famous and controversial fan-base “MARLIANS” is among the top artist in Nigeria music industry currently.

furthermore Naira Marley was born on (10th May 1991) at Agege , Lagos State , Nigeria. Where he started his infant education before moving to London. He is currently married to two wives and has four children. Naira Marley’s name originated from his idol “Late Bob Marley” because of the love he had for late Bob Marley, he used his dreadlocks as a tribute to the Raegge star. Below is the detailed history of his education , music career , Occupation etc

NairaMarley started his infant education in Lagos although there’s no distinct and verified information about the school(s) he attended in Nigeria . At the age of 11, he moved to Peckham , South London in England where He graduated with a distinction in business from Peckham Academy. Marley also went on to study business law at the then *Crossways College” currently renamed to (Christ the King Sixth Form College ).

Growing up as a child, Naira Marley wanted to become an MC (Master of Ceremony) & Voice-Over Artist. He officially kicked-off his music career in 2014 when he discovered his passion for music and was encouraged by his close friends to push his music career forward. After much contemplation he decided to pursue his musical career ; that led to his first official single titled “Marry Juana” which he featured Max Twigz. Though the track didn’t make much wave in the industry but it became the bedrock that led to Marley releasing his debut EP “Gotta Dance” in 2015. The EP gave him little recognition in Nigerian music industry.

In December 2017 Naira Marley released a hit single “Issa Goal”, featuring Olamide and Lil Kesh ,the single became the theme song for Nigerian national football team (Super Eagles) at the Russia 2018 FIFA World Cup.
In 2018 he went ahead to release the official remix of “Issa Goal” on 16 June 2018 featuring vocals by Olamide, Lil Kesh ,Falz, Simi and Slimcase. This single established him property as talented Artist.

On 3 May 2019 Naira Marley released the controversial track “Am I A Yahoo Boy” which led to his arrest by the (EFCC) Economic and Financial Crimes Commission. His arrest made him arguably The most famous Nigerian artist in 2019. After heated social media critics & pressure by Nigerians; He was later released by EFCC on 27 June 2019. he released another hit single (Soapy) the same day of his release, some months later he won the “viewers Choice Award” on 11 January 2020 at sound City Awards. Below is the breakdown of Naira Marley’s Body of works.

Naira Marley Biography won’t be complete without his Arrest.  After the release of the controversial single”Am I a Yahoo boy” On 10 May 2019,the Economic and financial crimes commission arrested Naira Marley & his friends Zlatan, Adewunmi Moses,Abubakar Musa & Tiamiu Kayode. Zlatan & the others were released although Marley remained in the custody of EFCC due to an undisclosed evidence against him, he was  later charged with 11 counts of fraud On 16 May 2019 before a Federal High Court in Ikoyi ,Lagos State. He was later served bail of #2,000,000. After his release he hosted a show at Eko hotel and suite on 30th December 2019 where he announced the launching of his record label “Marlian record” signing CBlvck, Zinoleesky,Fabian Bluand and MohBad in the process.

>>Song of the Year Nominate

“Naira Marley” has successfully established his pattern of music which is the fussion of (Yoruba, English,Pidgin and Afrobeat sound) and his fan-base “MARLIANS” don’t seem to slow down anytime soon, the NBG (No belt gang) movement keeps growing & waxing stronger each day.

For More Biography follow flashynaija on all social Media platforms.

Simplicity & courage is all that matters.